TECNALIA’s facilities on BIPV systems allow to design, develop and test any sort of PV product / solution in the frame of “photovoltaic in buildings” systems, for the whole value chain of the BIPV technology, taking advantages of a great compilation of equipment, capabilities and experience. It includes services for both (1) BIPV modules and (2) BOS components, typically power conversion systems (inverters, module level power electronics-MPLE) and energy management systems (EMS, including storage-based solutions). Designs and solutions are then tested at lab level and/or in outdoor conditions, thanks to TECNALIA’s infrastructures in this field (e.g. KUBIK), and for BIPV modules, tests under the new BIPV standards can be offered. In total, 16 researchers work in this field in TECNALIA.

Laboratory testing on BIPV modules according to construction and BIPV standards

Modules and inverters testing according to PV standards

Access will be allowed under specific contractual conditions to be negotiated between TECNALIA and the interested parties. 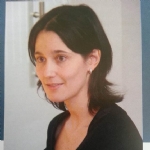