Hybrid organic/inorganic Perovskites are semiconductors with general formula ABX3, where A is the organic molecule such as CH3NH3 or CH(NH2)2, B the metal (Pb, Sn), and X is the halogen (I, Cl, Br). Such Organometal halide perovskites have attracted attention due to very interesting electrical/optical properties such as:

Moreover, hybrid perovskite have a simple synthesis [6] and can be deposited on a substrate by using solution processes, vacuum processes as well as vapor processes. Hybrid perovskite constitute the absorbing layer of the Pervoskite Solar Cell (PSC) and an Electron Transporting Layer (ETL), such as TiO2, SnO2, PCBM and a Hole Transporting Layer (HTL) such as Spiro-OMeTAD, P3HT, are needed to finalize the cell. Two families of PSC have been so far proposed, namely the Mesoscopic PSC based on mesoporous scaffold (TiO2, Al2O3) or the planar structure, which resembles the Organic PV structure.

The perovskite revolution started with the seminal work of Kojima and co-workers [4] who employed, for the first time, hybrid perovskites as sensitizers in a conventional liquid-electrolyte Dye Solar cell. Subsequently, a similar structure was optimized [5] showing an efficiency of 6.5%. However, only in 2012 the solid-state Perovkiste Solar Cells was introduced in three reports in which perovskites where employed to substitute active components in a typical solid-state dye sensitized solar cells. [6,7]. Starting from these works, perovskites have been employed in a plethora of different devices and a certified efficiency up to 21% has been recently demonstred. Similarly, perovskite solar modules demonstrated for the first time in 2014 have now reached and efficiency of 13%.[8]. Hybrid Perovskite, however, have a profound impact on the silicon PV technology. In fact, they are the ideal candidate in a tandem Pervoskite/Silicon solar cells and an efficiency of 21.2% have been already reported for such a structure [9]. It is expected that tandem cells could reach efficiency exceeding 30%. [10]

Being a new PV technology, several issues need to be verified and further developed before PSCs could be ready for commercialization. Stability of PSC is a concern and several degradation mechanisms (temperature, moisture, iodine migration, photobleaching etc.) [11] have been identified.Few solution strategies have been proposed, such as proper sealing, replace of Organic HTL with a carbon based one [12], optimized structure of the perovskite crystal [13] etc. Moreover, the most performant PSCs are based on Lead which is poisoning metal and it’s use is quite restricted. There are several attempts to replace Pb with other metals such as Sn, Bi, Sr etc. [14] however at the moment all these replacements results in low efficiency solar cells.

There is at the present a great interest in the scientific community concerning the HTL, typically the spiro-electronrich derivative spiro-OMeTAD, adapted from solid-state DSSC. Unfortunately spiro-OMeTAD has a number of serious drawbacks which limit its industrial scale-up such as many-step tedious synthesis, difficulty on the purification  and, accordingly, high fabrication costs. The research community is engaged in finding new alternatives to spiro-OMeTAD which combine high power conversion efficiencies and easier preparation with lower manufacturing costs. In recent times this target has been achieved in a few cases although much research in this field is still needed.[15] Recently PSC with efficiencies higher than 20% have been prepared using a new HTM different than spiro-OMeTAD.[16]

From the point of view of electrical characteristics, PSCs are affected by hysteresis and usually forward and reverse I-V measurements produce different efficiency. The physical/chemical nature of the hysteresis is still debated and several hypothesis has been formulated such as ion migration, charge unbalancing, ferroelectricity, giant dielectric constant. Among them, ion migration seems to be one of the fundamental reason for such effect. [17] 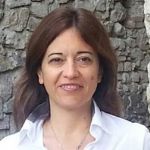 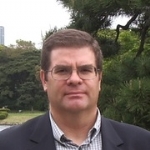 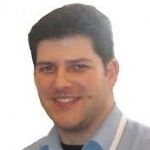 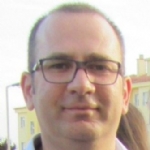 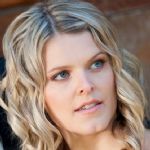 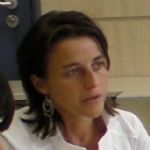 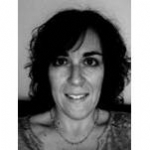