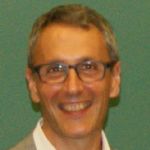 Lorenzo Di Bari received his BSc and PhD in Chemistry from the University of Pisa and the Scuola Normale Superiore (Supervisor C.A. Veracini), primarily developing NMR tools for conformational  analysis of organic compounds. He spent a few years (1989-1992) abroad (Lausanne, CH, with G. Bodenhausen; Stockhom, SE, with J. Kowalewski and M. Levitt).Since 1992 he's been in  PIsa (initially with P. Salvadori, since 2000 leading his own group) working on Stereochemistry of Organic and Coordination Compounds through NMR and Circular Dichroism. Since 2000 he’s been member of the Editorial Board of the Journal Chirality and since 2009 he is in the International Advisory board of the International Conference on Chiroptical Spectroscopies. He has co-authored over 120 papers and review articles in international journals, and several book chapters.
He is mainly interested in the stereochemistry of complex systems, like flexible molecules existing as conformational manifolds, supramolecular systems, fluxional coordination compounds. His most recent activity focuses on chiral molecules for organic optoelectronic devices, especially exciton transport  in p-type polymers and chiral OLEDs development.